After my disappointment for the London Baseball matches I decided to ease my woes by making sure that I was going to a ball game before the London matches take place. I’ll be visiting Seattle next year to see a friend and while I’m there, the Mariners will be playing at home. I’ve therefore snapped up a ticket (there were loads available to be fair) for one of the days I’m in town. It did also have the benefit of considerably cheaper than any of those at the London matches and in a considerably better location than the cheap seats.

OK, so I may have an addiction. I suspect I have more sunglasses than I really need, which is why I have bought another pair of Oakleys. I believe I can justify having the ones I do and some of them are damaged and used as reserve pairs. This new pair I took a liking to at the airport on a recent holiday where I got to try them on for the first time, but discovered they would be cheaper online than duty free! These do have a new type of lens that creates a much clearer image and I have to say that I wouldn’t argue against that statement and the vision I get with them is fast making them a popular pair for driving and sports.

(In line with current blogging practice, I should point out that I am not being paid by Oakley to mention their product or brand). 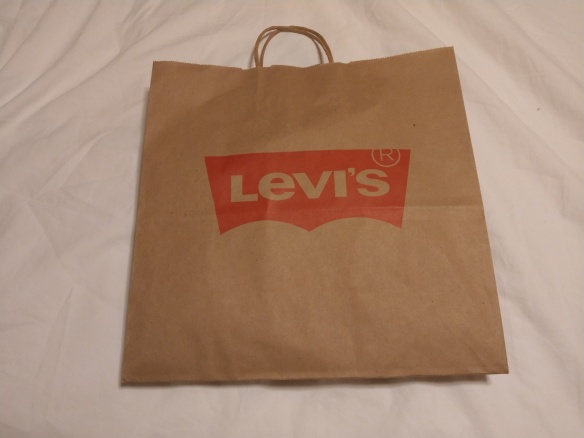 There was an unexpected opportunity to go to the local outlet mall and having never been since it was built a few years ago and with no ride that I was scheduled to go on, I decided to sign up. After all, if it was good I could go again. It was surprisingly quiet there and in some shops I was the only customer, very different to the UK. There’s wasn’t a lot of stuff there that I was interested in, but I did in the end, do the very British thing of buying some Levi 501s as they were a fraction of the price they would be in the UK.

Sadly I haven’t won the jackpot on the lottery, but I have had a win. I was purchased some premium bonds a few months ago and March was the first draw. (For those who don’t know, in the UK premium bonds are a non-interest earning investment. Each bond purchase instead provides a number in a monthly draw with a range of financial prizes, the maximum being £1,000,000). It’s been a while since I had any and since I had only just got them I wasn’t expecting a win. I know that doesn’t make sense given all numbers have an equal chance, but it’s just a mindset. Before anyone gets too excited, I only won one of the lowest prizes available (£25) but a few more of them and suddenly, given the current interest rates, it’s not too bad an investment. 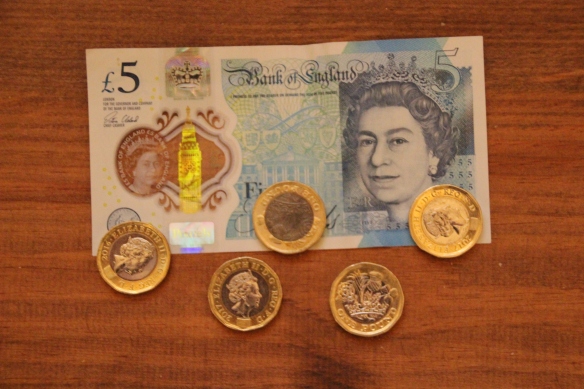 OK, so a title more for the start of the new year rather than half way though the first month, and an odd photo. This is an odd photo for me as I’m not one who is massively focused on money. However I do believe in trying to make sure I don’t waste it either. This represents the saving I’ve just made on my monthly mobile (cell) bill by changing the deal. It was easy and took less than 10 minutes on the phone including the time for the agent to go and ask what extra they could take off the monthly bill. I would encourage anyone who’s contract is up for renewal or can be changed without charge to look into doing something similar!